OWAISI – The villain of Indian Democracy and Muslims

Tipu Sultan could have chased the British out of India but for Purnaiah, who compromised Tipu’s position.

Now,  Asaduddin Owaisi of AIMM is doing precisely that; weakening the rightful Muslim representation in governance.  Of the 29 Muslim contestants in Uttar Pradesh, 19 could have easily won had Owasi not poked the elections with his candidates. Look at the chart how thin the losses are. 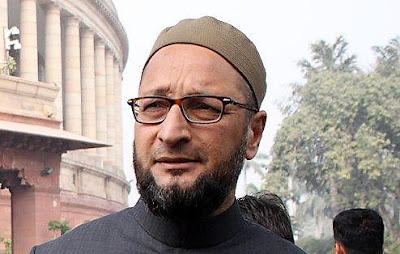 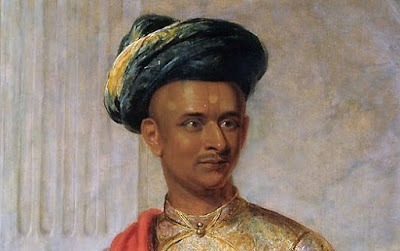 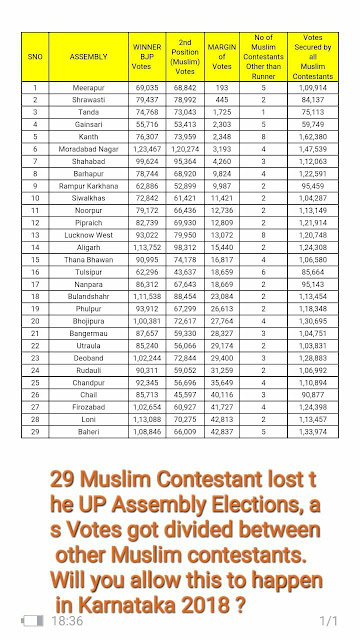 He denied Muslims their rightful space in representing the people, which in effect zeroed, if not weakened the opposition in Indian Democracy.

If there is enough opposition in the parliament, our democracy will survive, without opposition, the ruling party whichever it is, the GOP in America,  and the BJP in India will do whatever they want. The Democrats in the US and Congress in India have done it when they were the ruling parties. It is up to us, the general public to safeguard the rights of individuals.  Everyone including the BJP members and RSS has that freedom today because our founding fathers made sure India remain a Democracy.

Too many wise men have said, “The evil exists not because of bad people, but because good people do nothing about it.”  BJP with a bare majority will be a different party than the landslide majority. If they have to fight to stay in power, they will behave better.  The  Hindus, Dalits, Muslims, Christians, Sikhs, Adivasis and others need to team up to create a strong opposition – that should be their goal, in the next cycle they should aspire for higher representation of moderate people.

Lastly, we don’t need a Party for Muslims, Hindus or Sikhs– by the next two election cycles, we need to come down to two parties who would represent the economic interests of all Indians. What we need is jobs, education, housing, loans and retire in peace. We should not let any of the politicians fool us with issues that do not feed us, clothe us and house us. I wish our crowds in BJP, Congress and other rallies start singing "Pehle Roti, Kapda and Makan aur shanti do, aap ka Gobar aap ke paas hi rakho."  Make them sick of fooling us.

Let’s find the candidates among BJP, Congress or Janata Dal who are inclusive and care for every Indian.  The Indians who are considered weak are very relevant and can prove it in the next few elections.

Now the Purnaiah Owaisi is weakening the rightful representation of Muslims in Karnataka. We need to check it out if he was paid by BJP to weaken the opposition.  Get rid of him, brand him whatever you want to but keep him from weakening the governance.  India would be better off if we have half of the states run by Congress and the other half by the BJP, let them compete in good governance. but no one should have an absolute majority and the absolute majority is evil governance.

Have Muslims Stood up for the oppressed?
http://mikeghouseforindia.blogspot.com/2018/03/have-muslims-stood-up-for-oppressed.html

Can an Indian Muslim become the Prime Minister of India?
http://mikeghouseforindia.blogspot.com/2012/05/can-muslim-indian-become-prime-minister.html

Mike Ghouse is committed to building cohesive societies where no one has to live in fear of the other and offers pluralistic solutions on issues of the day.