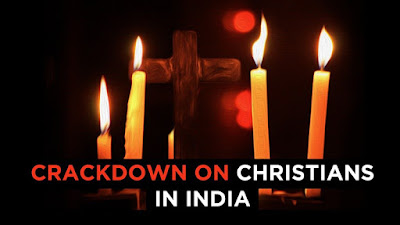 It may come as a surprise to many, but it is a fact; on the list are India, Pakistan, China, Russia, Egypt and a few other countries. The ultimate religious freedom comes to each one if we stand up for people of other faiths including Atheists and LGBT community.
Would you support me in making an effort to stop the persecution of Christians in this instance and all people in general? It requires you to take a stand or sign a petition if needed. I want my Hindu friends in particular to join the effort.
If you are an Indian or a Hindu, you don’t need to be embarrassed, it is not you and I, it is the radicals among us who are doing this. If we don’t stand up, everyone will suffer at the end. The least we can do is loudly say that it is not Indians nor Hindus or Hinduism, it is the misled innocent men and women by the politicians and we will do our share to bring common sense to India, we will make an effort to see that every Indian lives his life freely and respects other persons right to believe, worship, wear, drink and eat whatever he or she wants.
video: https://www.youtube.com/watch?v=OrjU0KULv-Y
The Open Doors organization shares this information in the following four paragraphs;
“As many as 410 incidents of attacks, harassment, and threats on Christians were reported in India in the first six months of 2017, the highest ever since the country’s independence, generally from or influenced by groups associated with the governing Hindu according to figures compiled by partners of Open Doors. Attackers are a nationalist party.
The first quarter of 2017 saw 248 incidents of persecution, and by June-end, the number grew to 410, a report by Open Doors said, noting that a total of 441 incidents were reported in all of 2016.
“When the Christians are beaten by the extremists, they receive injuries mostly on their heads or their vital body parts,” a local partner of Open Doors was quoted as saying in the
report. “The assaulters do not care if the person dies in the attack. They know that they will not be punished because the government (and hence the judiciary) will take their side. In most of the cases, the assaulters go unpunished.”
In one case, Hindu nationalists beat an evangelist with chains, stripped him and forced him to drink urine, according to another recent report. In a separate incident, a Christian cemetery was desecrated and skeletons dug up and strewn across the graveyard. “
Apart from physical attacks, Open Doors’ partners recorded 37 incidents where Christians were socially boycotted and 34 incidents where Christians were forced to leave their homes.
Mike Ghouse www.StandingupforOthers.com
Posted by Mike Ghouse at 8:13 PM